My Search for the Best Compact Line Array Speakers 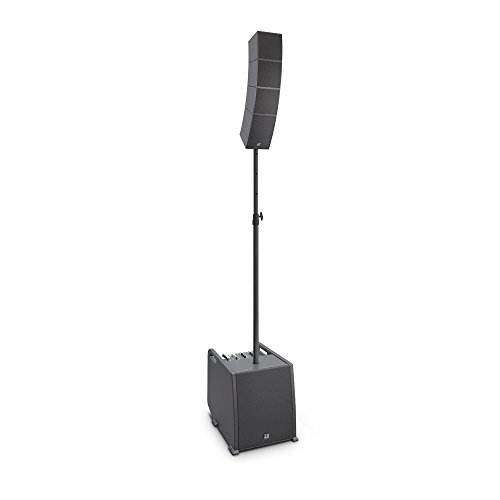 The LD Systems Curv 500 system uses a different and even more scalable concept. Each of the line array drivers is housed in it’s own cabinet. Each cabinet contains three (3) 1″ high frequency drivers and one (1) 4″ midrange driver. These cabinets fit together to form one, two, three or four cabinet curved arrays. The base unit of the Curv 500 ES which houses the 10″ sub-woofer and amplifier has a switch to select the number of line array cabinets used. LD Systems also sells a stereo kit which includes a stand for up to two array cabinets. The other two array cabinets are mounted over the sub-woofer. This provides yet even more flexibility with a stereo 2.1 setup with a single Curv 500 ES! The Curv 500 ES includes a built-in 4 channel mixer, bluetooth, and built-in effects that are housed in the sub-woofer cabinet. It boasts 620 Watts of power, a 10″ sub and can also reach SPL levels of 128 db. An additional powered extension system or PES channel allows for the expansion of the ES system without adding another mixer. This unit is essentially a standard powered speaker. Two of these PES systems can be used for larger systems that require more channels than the ES system provides. This modular system provides an excellent framework for any aspiring musician or band to build a system that truly suits their unique needs. Read Amazon Reviews | See comparison chart 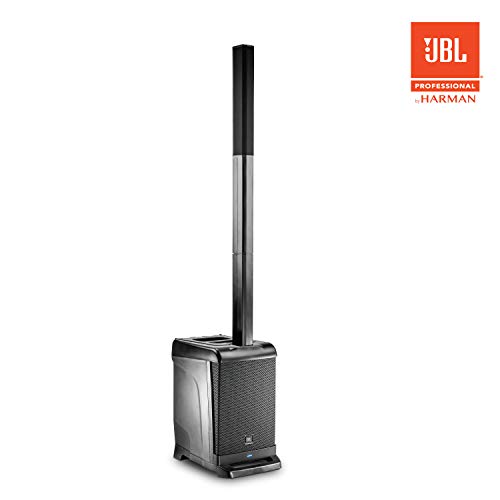 The JBL Eon One is not quite as powerful as the previous compact line array speaker system, but it is more powerful than the Bose L1 Compact. The Eon One comes equipped with 380 Watts of peak power, a 10″ subwoofer and (6) 2″ line array drivers. This enables the Eon One to push 118 SPL (based on JBL’s specs). The line array drivers are arranged tilted up at the top of the array and tilted down at the bottom to maximize vertical distribution (see my post entitled “Compact Line Array VS Regular Speakers” for an illustration). The JBL Eon One also comes with a built-in 6 channel mixer with reverb on each channel and bluetooth streaming. While not as powerful or flexible as the LD Systems Curv 500 ES, the JBL Eon One is both lighter and cheaper. Read Amazon Reviews | See comparison chart 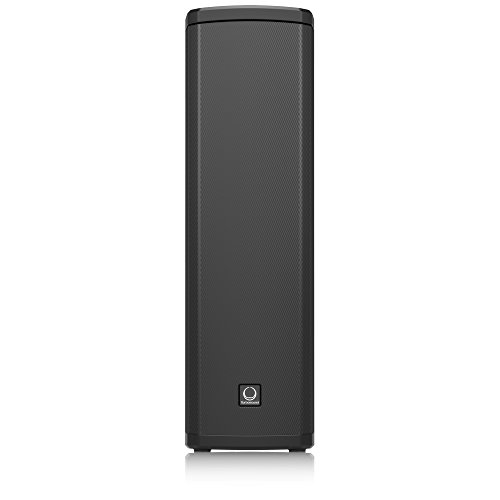 The Turbosound IP300 is a unique compact line array powered speaker. It is a much cheaper and lighter option than what I’m used to seeing. The IP300 has 600 watts of peak power, two 6.5″ woofers and (4) 2″ line array drivers housed in a single cabinet. It can be pole mounted or simply placed on a sturdy surface. The IP300 competes with Bose with regard to horizontal coverage as well. Turbosound advertises nearly 180 degrees (same as the L1 Compact). It has a built-in mixer with bluetooth streaming and wireless control via an IOS app. With the ability to push 122 SPL, the Turbosound IP300 is both compact and powerful. It certainly has ample power for most any small to medium sized event. It’s advanced DSP also let’s the user utilize all 6 channels (2 XLR inputs and 1 Bluetooth per speaker) when linked to another IP300. The speakers can be linked via bluetooth. One of the linked IP300’s is the right side of the mix. The other IP300 is the left side. This allows for easy wireless setup and expansion. Once linked the IOS app adjusts for the configuration to show all four (4) inputs with panning capabilities for each! To top it all off, the onboard digital mixer also includes reverb, which I believe is a huge plus! At it’s price point, two can be purchased for roughly what one of the other compact line array speakers in this review costs. Read Amazon Reviews | See comparison chart

I’ve been personally using two L1 Compacts for the past seven years.  When I purchased them, they were the only compact line array speakers that were ultra-portable and self-contained. The system is powered by a small line array made up of six 2″ drivers arranged to provide darn near 180 degrees coverage.  This line array neatly fits in one of two plastic tube speaker extensions. These extensions plug into a base unit sitting directly on the ground.  The L1 Compact’s speaker extensions are unique.  They house the wiring that powers the line array and also provide height options for setup.  An 8″ subwoofer pushes the low end from the floor unit.  The floor unit contains four inputs:  a balanced XLR microphone input, an unbalanced 1/4″ guitar input, a 1/8″ stereo input and finally a stereo pair of RCA inputs.  These inputs are grouped into two channels.  One channel for the microphone, the other for the rest of the inputs.  Each L1 Compact delivers 112 peak SPL, which doesn’t sound like much, but it’s certainly ample for most small to mid size applications. The coverage pattern of the L1 Compact helps disperse the sound much more evenly than the other systems listed. 180 degrees horizontal x 40 degrees vertical coverage moves sound out in all directions, perhaps making up for the added SPL of the other speakers. There are a few drawbacks to these systems however. The low end isn’t as present as I’d like especially at high volumes. Also, both of the speakers have developed noise on the mic channel. This isn’t an issue for me because I always use them in stereo with a compact mini mixer for effects processing. Because the speaker is dated, it’s missing a few capabilities that I’d like to have. More power, reverb on the mic and instrument channels, and bluetooth streaming capabilities are the big items on my list. An added bonus would be mixer control via a remote IOS or Android app (actually present in the Turbosound IP300). Read Amazon Reviews | See comparison chart

After months of looking, I’m choosing the LD Systems Curv 500 ES because I believe it’s the best compact line array speaker in the shootout. I would also buy the stereo stand kit which would allow me to use one single Curv 500 ES system in stereo! (2 Arrays each side plus one 10″ sub) This kit adds roughly $150.00 to the total cost, but I believe it would be worth it. I could then eliminate my mini mixer and use the Curv’s 4 channel mixer and built-in bluetooth streaming for my backing tracks. The system includes enough channels for my needs and also has a built-in multi-effects processor. This would increase the peak power of my current system tremendously. 128 SPL for one Curv 500 ES system versus roughly 116 SPL for two L1 Compacts. This choice would let me simplify my setup and provide future flexibility for perhaps an added Curv 500 PES in the future. I hope you found my journey to finding the best compact line array speakers for my needs and it inspires you to use a compact line array speaker for your performances! Be sure to check out my other posts for the best in pro audio! | Check Out The LD Systems Curv 500 ES on Amazon!

Go to top
Are you digging the speed of this site? This site is powered by Hawk Host.

Seeking the Best Microphone for Busking? Headset Mics are the Best Choice for Singing while Busking! When looking for the ...
Read More

Choosing The Best Drum Overhead Mics For Recording On A Budget Drum overhead mics are also an essential part of ...
Read More

What is a Tablet Controlled Mixer? A tablet controlled mixer is typically a knobless, faderless mixing board that uses a ...
Read More